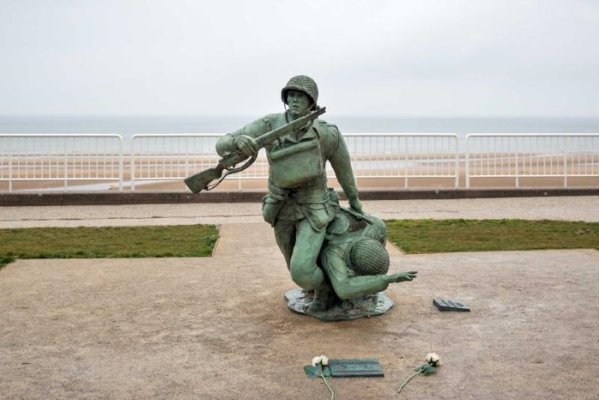 Enjoy a full day excursion from Paris to the D-Day Beaches in Normandy in the company of an official guide, who will bring these historic sites to life.
in stock
£199.00
CHECK IT OUT

6 June, 1944: The day that marked the beginning of the end of the second World War.

After over a year of meticulous planning and numerous fake decoy campaigns, troops from Britain, USA, and Canada landed on a 50 mile stretch of beaches in Normandy to pave the way for the Allies’ final objective of reaching Berlin. The day was code-named D-Day.

The 132,000 troops landing on the beaches were to be supported by 23,500 more who had parachuted in behind enemy lines hours before the beach invasion was to begin.

The famous beach landings have been immortalised in many sobering opening scenes including those of Saving Private Ryan and  Medal of Honour: Allied Assault. The huge scale of effort that went into conducting D-Day successfully has become one of the most famous and well-known parts of our recent history – and this tour has been carefully designed to further your knowledge and understanding of the efforts and sacrifices made on this famous day.

The tour, led by an expert guide,  spends a full 14 hour day exploring the beaches and strategic villages involved in this bloody campaign.

musement.com
The Cold War Years - Prague under Totalitarianism Tour with a Historian
£56.00
CHECK IT OUT

musement.com
Guided excursion to the D-Day Beaches from Paris
£259.80
CHECK IT OUT

£120.00
Added to wishlistRemoved from wishlist 0

£91.10
Added to wishlistRemoved from wishlist 0

Journey to the North Pole

£18,400
Added to wishlistRemoved from wishlist 0

Microwave Cake in a Mug