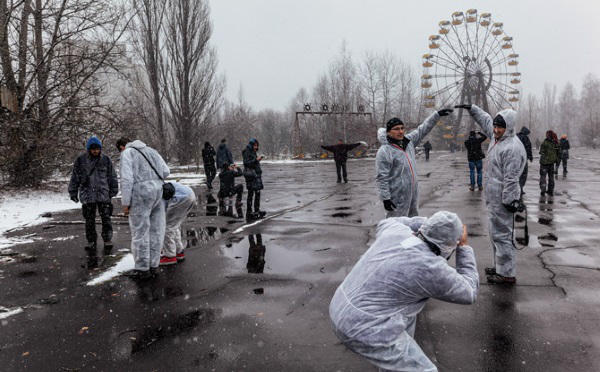 Discover the haunting story of the Chernobyl disaster.

The now abandoned ruins of Chernobyl and its neighbouring town Prypyat were once thriving cities in Soviet-controlled Ukraine.

In the early hours of 26 April 1986, a chain of events took place at the Chernobyl Nuclear Power Plant that led to the the worst, and most infamous nuclear disaster in human history. A combination of operator and design error caused the explosion of Reactor 4 at 01:23 AM, resulting in catastrophic meltdown.

Chaotic evacuation procedures and the sheer volume of manpower involved in controlling the resulting fires and radiation leakage led to a direct official death toll of 31. However, tens of thousands more were subjected to highly dangerous and often lethal doses of radiation. 63,000 square miles of land around the area became contaminated, with radiation spreading as far as Norway and Switzerland.

For decades now Chernobyl and its surrounding area has been considered an inaccessible and dangerous wasteland, becoming something of folklore and legend as creepy and haunting images of abandoned houses, supermarkets, and theme park were beamed around the world.

But now thanks to the crazy guys at Lupine Travel and safer levels of radiation, we have the opportunity to not only go to this place, but also to take a tour of it with a government appointed guide to hear about the history – and of course visit the famous reactor itself!

As well as experiencing ground zero of this tragedy you will also get to visit the now famous abandoned surrounding areas, including Prypyat (featured in Call of Duty 4 multiplayer map Bloc), the purpose-built city to house the workers of the power plant. You will also visit the Red Forest – an area which was strongly affected by the resulting fallout.

There are several options to this tour, ranging from a day trip to a 2-night package. Prices start at £109 per person.

That’s what we thought too. Maybe best to take a personal geiger counter with you just in case… and keep a careful eye on it!

£50.70
Added to wishlistRemoved from wishlist 0

£120.00
Added to wishlistRemoved from wishlist 0

Journey to the North Pole

£18,400
Added to wishlistRemoved from wishlist 0

Lonely Planet’s Where to Go When