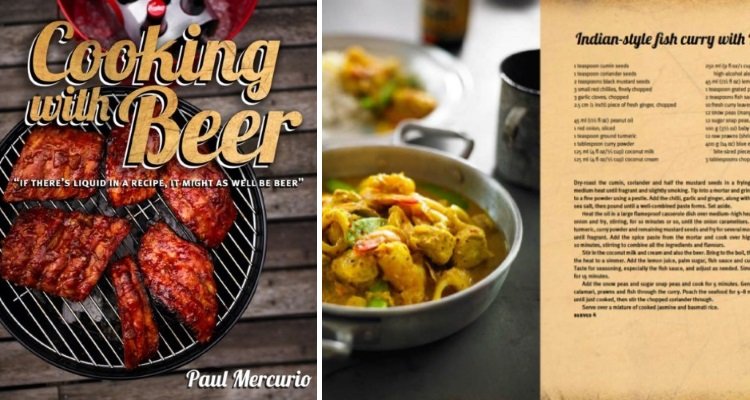 Lowest price Product: Beer and Food: Bringing together the finest food and the best craft beers in the world - £11.65

Most people think that beer is only good for one thing; to get you drunk.

While it is true that this is a commonly appreciated side-effect of beer, there are many other uses which most have yet to discover…. like Cooking! Discover a whole new side to the most popular alcoholic beverage in the world with the fantastic and approriately-named Cooking With Beer Cookbook. Adding the world’s favourite drink to a dish can actually  vastly enhance the flavour, texture, and overall feel of the dish. And of course anyone you serve a beer dish to will instantly think much more highly of it!

The book contains 75 mind-boggling, beer-fueled recipes which combine your favorite booze with your favorite dish. And they look absolutely incredible! Everyone loves bacon butties, but have you tried adding beer? Did you even know you could?

Contained in the book are recipes for the likes of beer cured bacon sandwiches, stout chocolate banana pudding, lager and lime chicken tacos, and IPA carrot cake. The book isn’t biased towards any specific beer or lager either though, as it seeks to incorporate every kind of beer imaginable into its delicious recipes  – indredients include lagers, stours, IPA’s and more…

Amazon.co.uk
The Beer and Food Companion
£10.00
CHECK IT OUT

£52.00
Added to wishlistRemoved from wishlist 3

£5.12
Added to wishlistRemoved from wishlist 0

£23.79
Added to wishlistRemoved from wishlist 0

CRIME SCENE DO NOT ENTER Tape