£34.02 CHECK IT OUT!
Find this on Ebay
Home » Gadgets » Gun Power Screwdriver
Gadgets 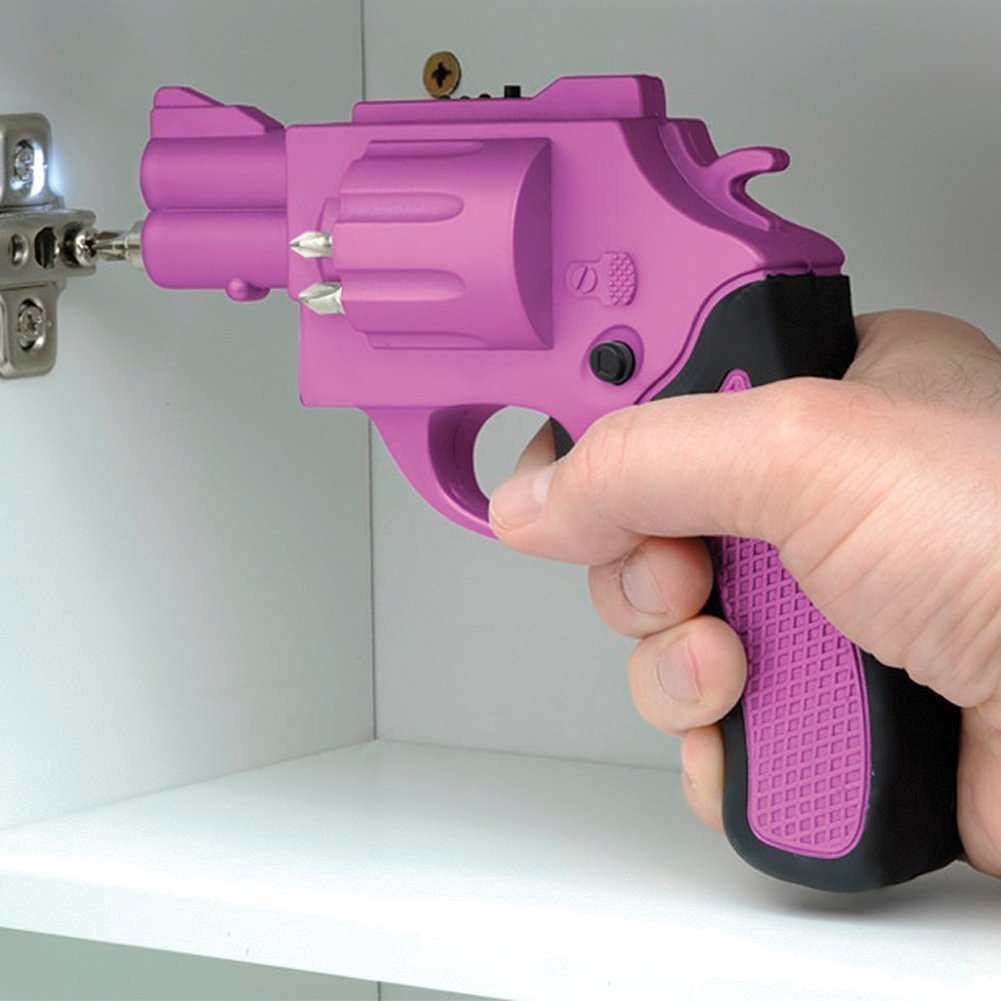 Are you a Man? Are you a Manly Man? Well we have the Manliest screwdriver around, just for you, the Manly Man.

Why settle for ordinary screwdrivers with their delicate, almost ladylike handles, when you can have a Gun Power Screwdriver! This Gun Power Screwdriver acts just like a normal electric screwdriver, but is conveniently cordless for ease of use and realistic gun-like feel. It recharges quickly, in 3-5 hours, meaning you will have less down time between screw-driving sessions. Then it’s ‘Reach for the sky, Mister!’ and you can attack those screws again with military precision.

Feel the power of a genuine gun-shaped electric screwdriver come alive in your muscular, manly hands, as you dominate those screws in the most masculine manner possible. You’ll show those screws who’s boss! No screw will be left unscrewed with you around!

This is the best Father’s Day present money can buy; nothing says ‘You are the Manliest Dad around’ like a gun shaped electric screwdriver. Buy Dad two of these to show him you think he’s extra super amazingly manly! Then all he needs is two holsters, and he can make a whole party trick out of his screw-driving prowess. He’ll be the talk of the whole saloon, when he ambles in, wearing a ten gallon hat, twin electric Gun shaped screwdrivers attached to his hips, and orders some fire-water neat. Make Dad’s day with the Gun shaped power screwdriver of his dreams!