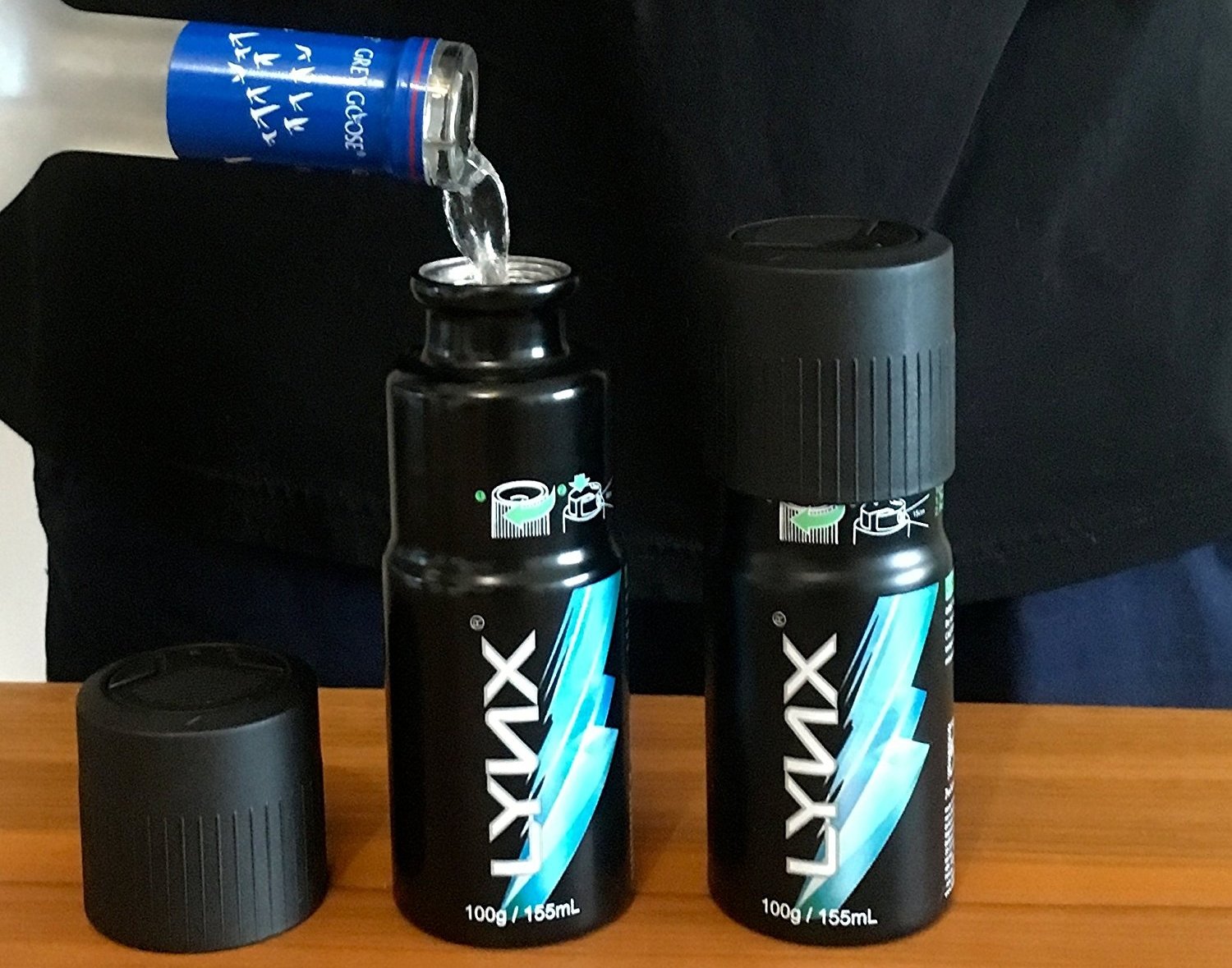 Everyone has smuggled drink into a venue at some point in their lives in order to save an extra bit of cash, and it’s not surprising looking at the price of a drink in one of these venues! £6 for a vodka and mixer? No thanks!

Along comes the deodorant can drink flask to save the day. Instead of waiting in long queues and paying for your drinks (a positively preposterous idea), smuggle in a drink of your choice in one of the most inconspicuous items possible; a deodorant can. Let’s face it, its not uncommon to see men and women carrying around a can of deodorant for a quick freshen-up after (or during) a sweaty gig/night at the club, so nobody will look twice at you for having it on your person! And… when you shake a can of any aeorosol, it feels like there is a liquid sloshing around inside it! Which means that this can feels surprisingly realistic when you shake it about.

With the ability to hold up to 235 ml  of liquid (which is just over 9 shots by the way…), you will never have to pay for a drink at the club again, and can better spend your hard-earned cash on other luxuries, such as a kebab at the end of the night – and maybe even the taxi fare home!

Ironically, this is probably the only can of Lynx that actually has a chance of attracting women to its owner.

Amazon.co.uk
Smuggle Your Booze - Umbrella Flask
£16.99
CHECK IT OUT

£5.99
Added to wishlistRemoved from wishlist 2

£14.99
Added to wishlistRemoved from wishlist 1

£28.99
Added to wishlistRemoved from wishlist 1

Glow In The Dark Golf Balls