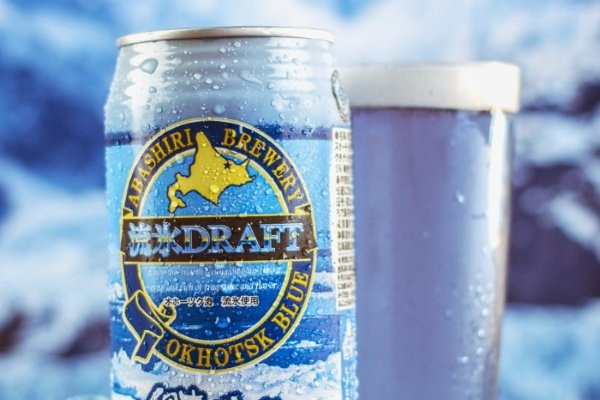 Abashiri Blue Beer
The Bluest beer in the world.
£4.99

Beer is the world’s most popular alcoholic drink, and is the third most consumed beverage in the world; being beaten closely by only water and tea. A tasty beer can be enjoyed on almost any occasion; weddings, funerals, after a hard day at work, on your lunch break (only kidding).

There are thousands of beers to chose from out there, each with different tastes and compositions. However we’re willing to bet you’ve never tried anAbashiri blue beer!

The Blue Beer is of course a Japanese concoction, brewed with local flowers and, of course, seaweed. This gives it a crisp, sky-blue glow. Legend has it the Abashiri contains water extracted from melted icebergs in the sea of Okhotsk.

The best bit is, even though it looks like it would taste like an energy drink, it just tastes like beer! Good old beer! It actually has a vibrant and crisp taste, which will invigorate you and send your soul to the hauntingly beautiful ice-cold coast of Abashiri. And just like every beer should, it will also get you drunk (always a plus). This blue beverage is weighs in at a pleasantt 5% ABV, so the cocktail-style look of the drink does not interfere with the alcohol content or the beery taste whatsoever. Perfect.

£7.13
Added to wishlistRemoved from wishlist 0

£36.50
Added to wishlistRemoved from wishlist 0

£10.99
Added to wishlistRemoved from wishlist 0